Dr. Jason Wilson, who joined the Lawrence Animal Hospital team in September 2014, grew up in Ewing Township, New Jersey. He graduated from Cornell University with a BS degree as well as a DVM degree, which he received in 2009. His medical interests include exotic animal medicine, dentistry, anesthesiology and veterinary forensics.

Dr. Wilson has a cat named Samantha at home. In his spare time, he enjoys cooking, music, gardening, riding his bike, and wildlife medicine. Passionate about giving back to the community, Dr. Wilson frequently volunteers for numerous events, as well as at the local wildlife refuge. We are very excited to have him join our team, and he looks forward to meeting all of your pets! 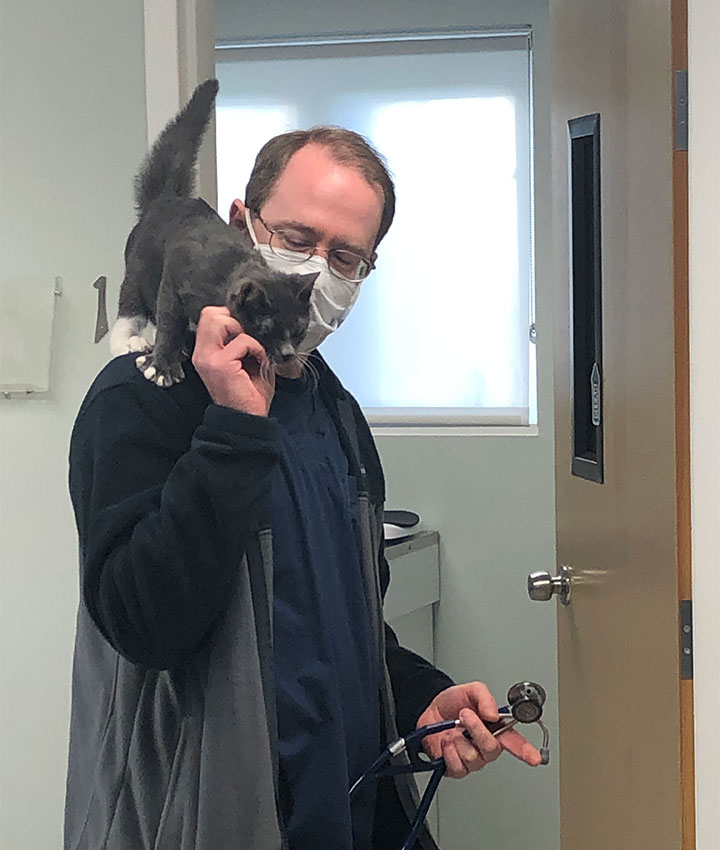